Our Staff is composed of individuals from many different backgrounds of dance with great diversity in styles. But what brings them together is their passion for the art, and sharing that passion with our students. 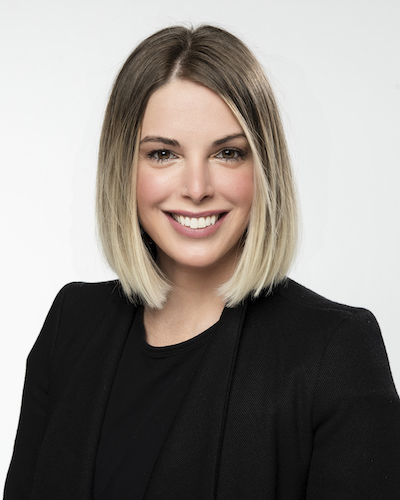 Shannon DeBusscher-Churilla’s passion for dance came at a very young age of 3. For the past twenty five plus years Shannon has trained in Michigan, California and New York. Her experiences have allowed her to train with some of the best dancers and teachers in the world. While being a dancer in the competition world Shannon has won major competitions in key dancing events around the country. As a young teenager, she wanted to share her skill and experience with other dancers and became a teacher and choreographer. Her passion was fueled as she influenced other young children to love dance, to achieve their goals and to grow as exceptionally talented competitors. After finishing out her competition life in 2003 Shannon toured on the Royal Caribbean to many different locations in the world as one of their performers. After a year of sailing she returned back to Michigan to continue her dream as a teacher.

It was obvious to Shannon and her family that dance would be her life and through hard work and determination, that she would someday achieve her dream of owning a dance studio. As the owner/director of Underground Dance Company, Shannon is committed to creating a positive environment where young children can thrive and experience the joy of dancing. 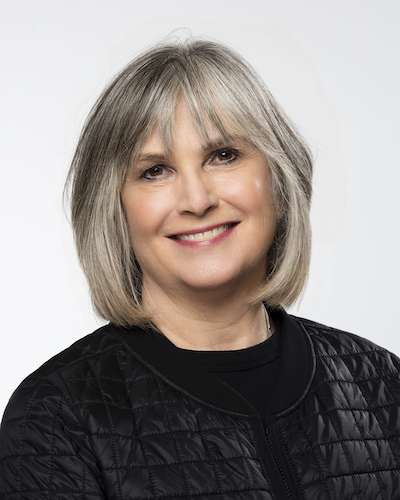 Pam DeBusscher has been in the dance industry for over 25 years. She made a name for herself being the head of the acro company at a top Michigan studio. Pam started with only six students and grew it into a program that consisted of over 100 dancers. No matter how hard she was on her students every one of them loved her and respected her tremendously. Her students have won countless awards, including national titles.

As one of our owners, teachers, and our office administrator, Pam is the glue that holds our studio together! As a mother, teacher, and role-model she brings passion and dedication to her work. 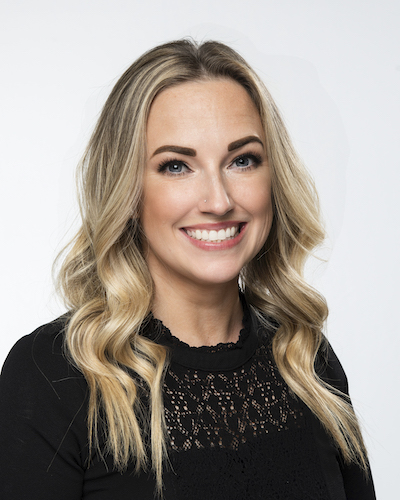 Kelly Giacona started dancing when she was only three years old at one of the top-rated studios in the state of Michigan. There she joined their performing company in 2nd grade. She continued training with them through her junior year of high school in: ballet, jazz, lyrical, tap, pointe, hip hop, and clogging. Ms. Kelly finished off her senior year of high school dancing on Eisenhower High School’s varsity dance team. In her freshman year of college, she attended Wayne State University where she trained in ballet. She also coached both the JV and Varsity dance team for Henry Ford II High School. In 2010 and 2012 Ms. Kelly was assistant to the choreographer and a featured dancer in the Kid Rock Thanksgiving half time shows for the Detroit Lions. She is also an alumni of the Detroit Dolls dance troupe.

Ms. Kelly is married to her best friend who (fun fact) she has known since they were babies. As a mother she loves sharing dance with her two little girls. Kenzie and Rory are both in our recreational program. Ms. Kelly is both a company and recreational program teacher specializing in tap and hip hop but loves all styles of dance! She has been with us since the day we opened our doors in 2006 and loves sharing her passion and knowledge of dance with our students. 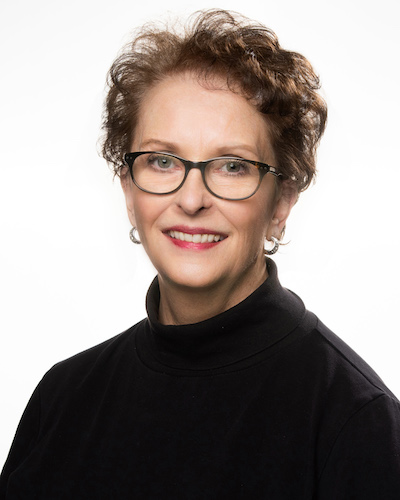 Mary Sherman has been involved in the dance arts for over 50 years. Having started dancing at the age of seven, Mary has studied with some of Michigan’s most renowned teachers: Sam Lovett, Amy Ingham, Claudann Solwald and Rose Marie Floyd. In 1976, after graduating from Oakland University with a B.A. in Sociology, Mary founded the Romeo Civic Dance Center and in 1978 the Romeo Civic Ballet Company. She has had the pleasure of training many successful dancers whose careers have taken them to professional companies such as the Joffrey Ballet, St. Louis Ballet and Ballet Met. Her students have received several awards and scholarships both nationally and through the Cecchetti Council of America of which she is a Qualified Teacher Licentiate and Member of the Eastern Committee. She currently teaches the Cecchetti Method Grades I- VII.

Over the years Mary has furthered her dance education by studying in New York, Chicago, Oakland University, Michigan State University and Hope College. She has produced between 45 and 50 productions, including the Nutcracker Ballet. In 1990, she was named Michigan Dance Teacher of the Year by the Michigan Council for the Arts. Mary remained director of RCDC till 2001 and has continued to teach at local dance schools. Over the years she has been ministry leader of the Almont Vineyard Church Dancers. She became Co-Assistant Artistic director of the Macomb Ballet Company in 2007 and has performed cameo roles in the productions of “Cinderella,” “Snow White” and “Wizard of Oz.” She is pass recipient of the “Jane Miller Scholarship” awarded by the Cecchetti Council of America.

Mary has been the ballet director at Underground Dance Company for the last 12yrs. Over her time with Shannon, Pam and the other staff, she has met and helped train many amazing and talented dancers. 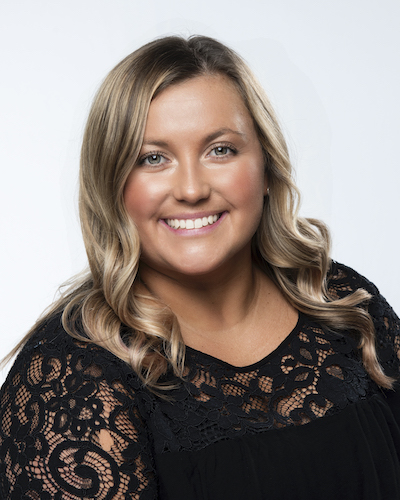 Samantha Raab has been dancing since she was 2 years old and started competing when she was 5 years old. She was trained from one of the top studios in Michigan in many areas such as ballet, jazz, tap, lyrical, hip hop, and tumbling. Throughout her training she was also certified in Cecchetti Ballet. While dancing she was a part of the Junior Automotion Dance Team for the Detroit Pistons. During high school she was on the Dakota Varsity Dance Team for 4 years. Miss Sam has taught and trained dancers of all ages and levels since she was 16 years old when she began her career. While teaching, she trained and took many classes from choreographers from around the world. She has choreographed for different college and high school dance teams as well. She was also the Junior Varsity Dance Team Coach for Chippewa Valley High School.

As a Paraprofessional at Glen Peters School she works with students that have cognitive and physical impairments, as well as being a caregiver for children with special needs. She is certified in CPR and AED training, first aid, CPI (crisis prevention), and more. Miss Sam has helped develop our Dancing Without Limits (DWL) program and has been with Underground since 2015. She continues to grow and share her love of dance with all her students in our performing company and recreational program. 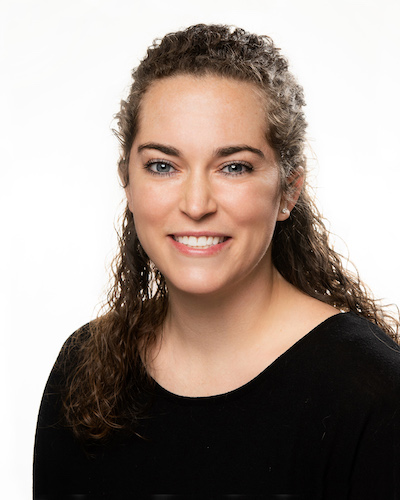 Samantha Bartkowicz started dancing at the age of two and immediately developed a passion for dance. She trained in various genres including ballet, jazz, tap, lyrical, contemporary, and hip-hop. She has received numerous awards, scholarships, and titles throughout her dance career. In 2010 Ms. Sam became an alumni of Underground Dance Company. She graduated from Central Michigan University in May 2015 with a Bachelor’s Degree in Elementary Education with Special Education and Reading endorsements. She absolutely loves teaching at Underground Dance Company where she works with our performing company and Dancing Without Limits program.

Ms. Sam married her high school sweetheart in 2017 and they have a daughter named Elliot. Ms. Sam is excited to be passing on her passion for dance and inspire young children to strive for their personal best! 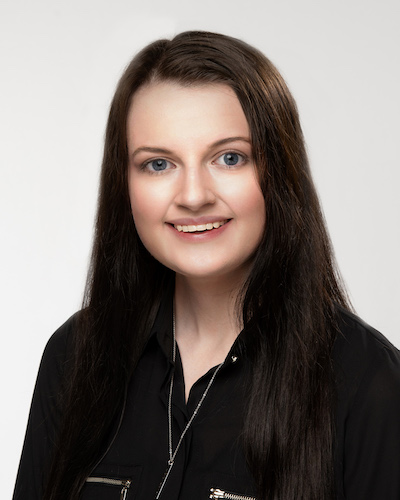 Hannah Travelbee began dancing at the age of 4. She has been trained in both the Vaganova and Cecchetti methods of ballet and pointe, jazz, musical theatre, lyrical, contemporary, and tap. She has earned several titles and special awards at competitions throughout the United States. She has attended classes at the Joffrey Ballet School in Chicago and competed at Youth America Grand Prix, the world’s largest international ballet competition. Hannah was also a member of the Notre Dame Preparatory varsity dance team in high school. Hannah is currently pursuing a bachelors in psychology at Wayne State University. As an alumni of Underground Dance Company, Hannah is incredibly excited to teach children the art of dance, and to share her passion for the sport in both our recreational program and Dancing Without Limits. 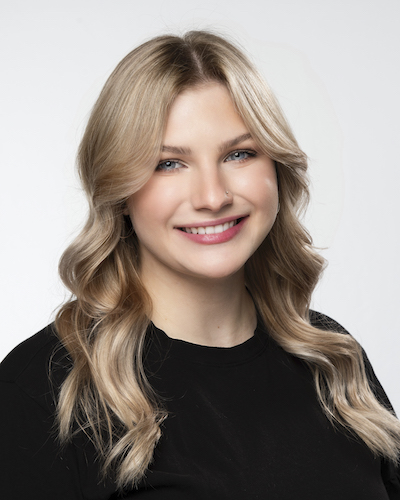 Alexis Irwin has been dancing since she was 7 years old. She has also done gymnastics, cheer, and dance team, but her favorite style of dance has always been tap. Alexis danced at Underground Dance Company for three years and became an alumni in 2019. While with us she has received countless awards at both the regional and national level, as well as being given the opportunity to travel and compete at Worlds.

Miss Alexis graduated from Paul Mitchell the School Michigan in October of 2020. She is so excited to be continuing her journey at Underground Dance Company teaching for our recreational program and to share her passion for dance with her students. 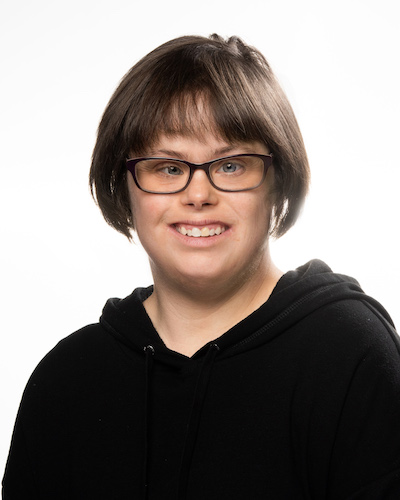 Robin Ronayne is an assistant teacher with our Dancing Without Limits program since 2020. Robin has a background that is endless, filled with amazing accomplishments. She graduated from Eisenhower High School and also attended the UCNECT program. Robin has competed for multiple years in the Special Olympics. In the 2020 Winter Games she received a Gold Medal in the 50m and Bronze Medal in the 100m Cross Country Skiing events. Robin has also volunteered as a classroom assistant at Seminole School, attends the Shelby Township Special Rec Program and is a member of St. Theresa Faith and Friends.

Underground Dance Company will be CLOSED Monday, January 24, due to inclement weather!